2018, the year that Thanos snapped his fingers, decimated half of the universe’s population and yet somehow still left enough people to make Venom one of the year’s highest grossing films. Meanwhile, Tom Cruise continued to insist on flinging himself out of helicopters and off cliff faces, Disney marched toward world domination, Johnny Depp stubbornly played the role that everyone wanted Colin Farrell for, and Rami Malek donned distractingly gigantic false teeth in Bohemian Rhapsody; all in the name of entertainment.

There have been highs, from acclaimed writer Aaron Sorkin kicking off the New Year with his directorial debut Molly’s Game, to Sony – of all the studios – showing us just how good animated superhero movies can be with Spider-Man: Into the Spider-Verse. Too many great films, in fact, to squeeze into the top ten. Worthy contenders missing out by the skin of their teeth include the aforementioned Molly’s Game, Solo: A Star Wars Story, Hereditary, Game Night (the best studio comedy of 2018), Three Billboards Outside Ebbing, Missouri, A Quiet Place, Roma and *shelters face from flying objects*, Black Panther. There have been lows too; Jurassic World: Fallen Kingdom and Fantastic Beasts: The Crimes of Grindelwald both standing out for failing to live up to their lofty franchise names. But we’re here to celebrate those sweet, sweet cinematic triumphs.

Many of those that were nudged out of the top ten I reviewed glowingly upon release; all are undoubtedly deserving of praise. With just ten spots up for grabs, in whittling down my longlist I’ve leaned towards the films that have stuck with me the longest, those I’ve revisited, and the movies I’ll likely have on heavy rotation for months to come. Some make the cut for their impressive filmmaking prowess, others for the joyous cinema-going experience they provided. And, honestly, from number five upward I’ve changed my mind on the ordering daily. And yes, I’m liable to change my mind again for sure.

Sidenote: though there was a MASSIVE temptation to add Paddington 2 to the list, having been a January release over in the US, this top ten is based on UK release dates only, so alas I wasn’t able to sneak it in. Small consolation, it was my runner-up last year and would have been right up there again this time around too, were it in contention. Because cute talking bear and heartwarming messages.

On with the top ten! 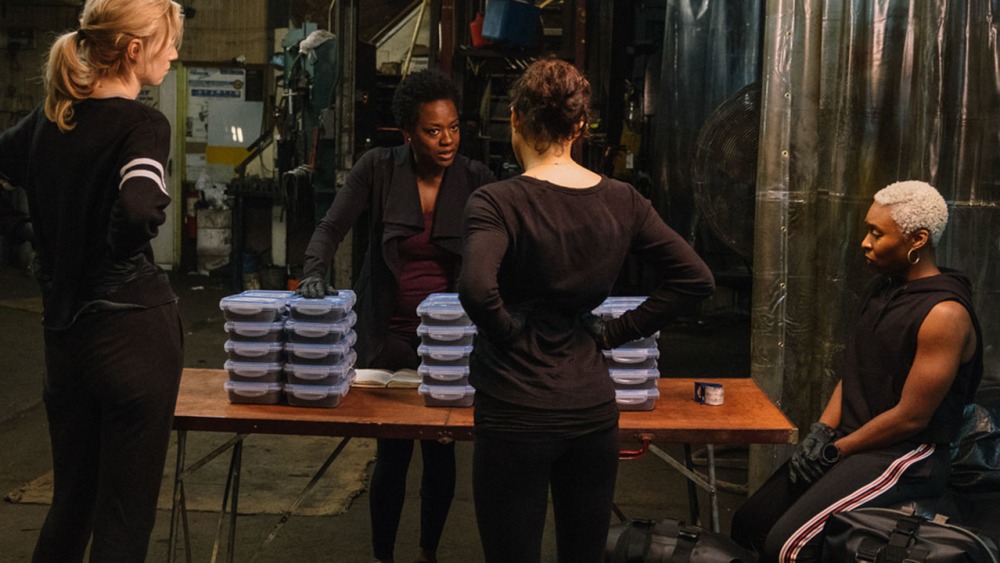 Ever the acting powerhouse, Viola Davis leads the way in Steve McQueen’s intelligent, dark and gritty heist movie. Criminal, political and racial tensions are compellingly brought to the forefront, intertwining with the lead women’s fight to claim their freedom from out of the shadow of their husband’s crimes. 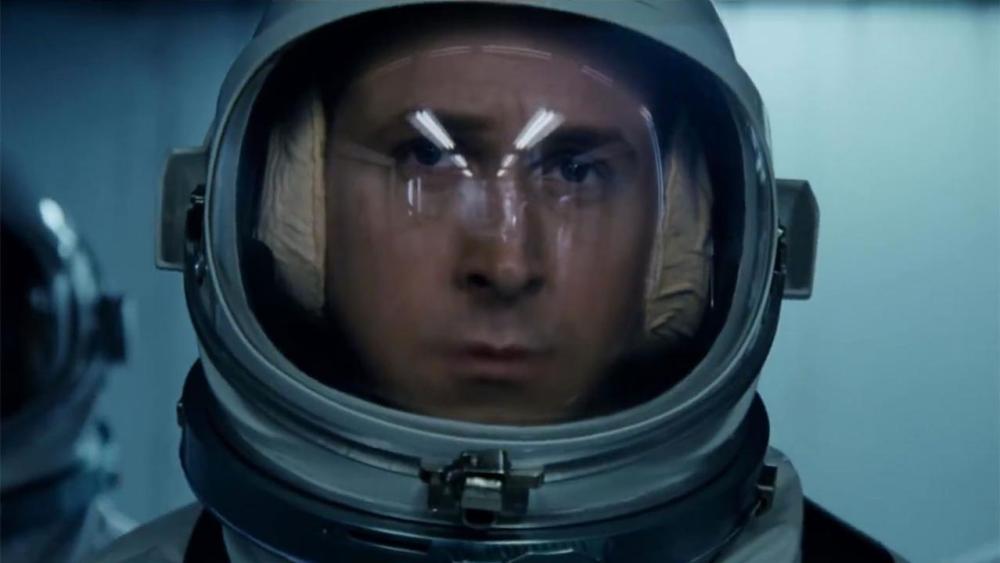 First Man shares much in its DNA with writer/director Damien Chazelle’s last film, my top pick of 2017, La La Land. Both focus on character first and foremost. Both have killer sound design and scores. And both are stylistically ambitious. This, however, is a far more reflective, insular piece about the man at the centre of the moon landing, not as a public figure, instead focussing on him as a father and husband. A fascinating watch. 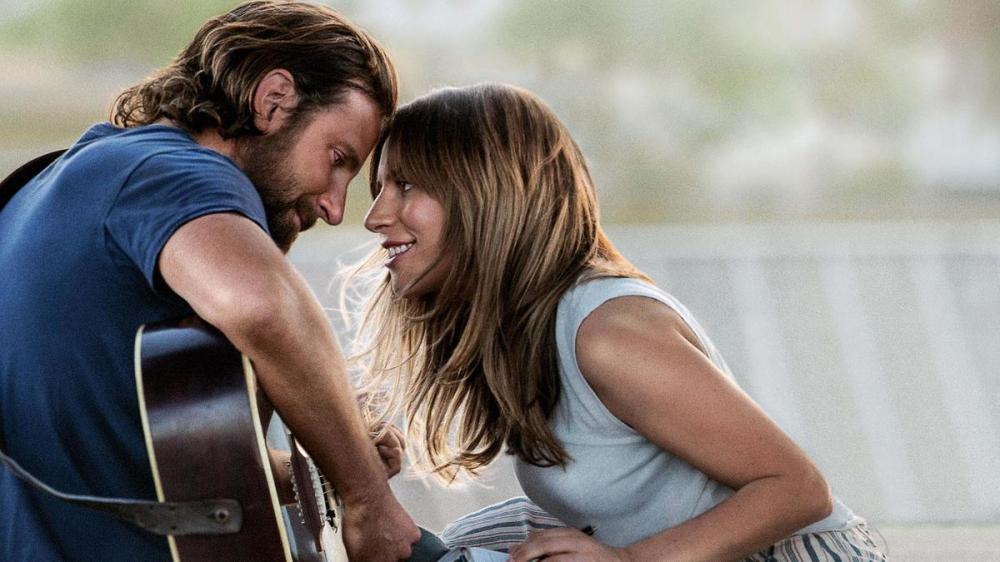 What a difference a couple of years makes. From 2015 to 2018 Lady Gaga has gone from wildly overacting in American Horror Story: Hotel to touchingly powerful in A Star Is Born. A remake of a remake it may be, but it’s one bolstered by memorable music, terrific chemistry between Gaga and co-star/director Bradley Cooper, and a tear-jerker of an ending. 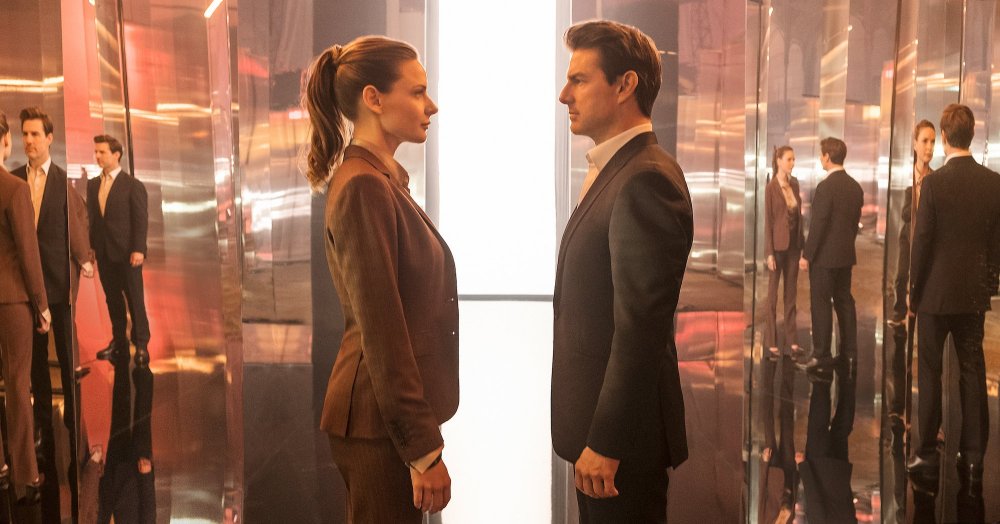 If you’ve listened to the marathon that is the Empire Podcast Spoiler Special interview(s) with Fallout’s director Christopher McQuarrie you’ll wonder how this ended up being cohesive, let alone spectacular. A production at breakneck speed has led to a movie at breakneck speed. It hurtles from one giant set piece to the next at pace, Tom Cruise put through a series of death-defying stunts for our viewing pleasure. Don’t ever change, Mission: Impossible. 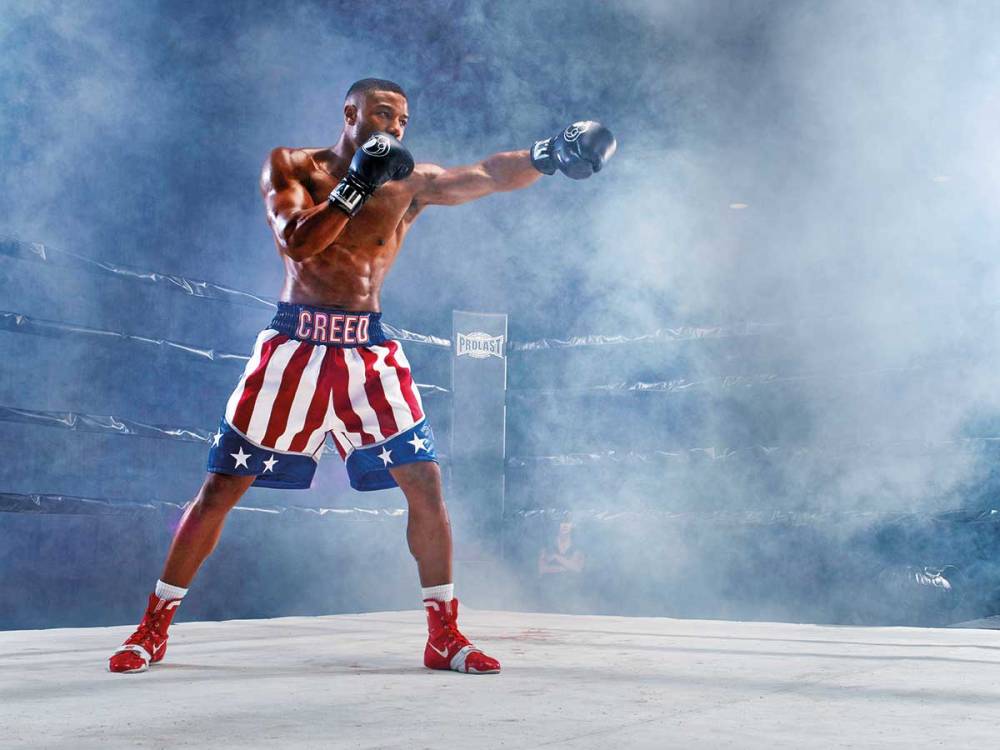 “If he dies, he dies”, Dolph Lundgren’s Ivan Drago once famously said. Well live on the Rocky franchise has, and thankfully so, as it remains to this day one of my favourite series. Creed II overcomes the departure of Ryan Coogler – director of Creed – in a fashion very much in keeping with the can-do attitude of the Rocky films, and it delivers a setup which helps it to forge its own identity whilst looking back on its past through rose-tinted glasses. 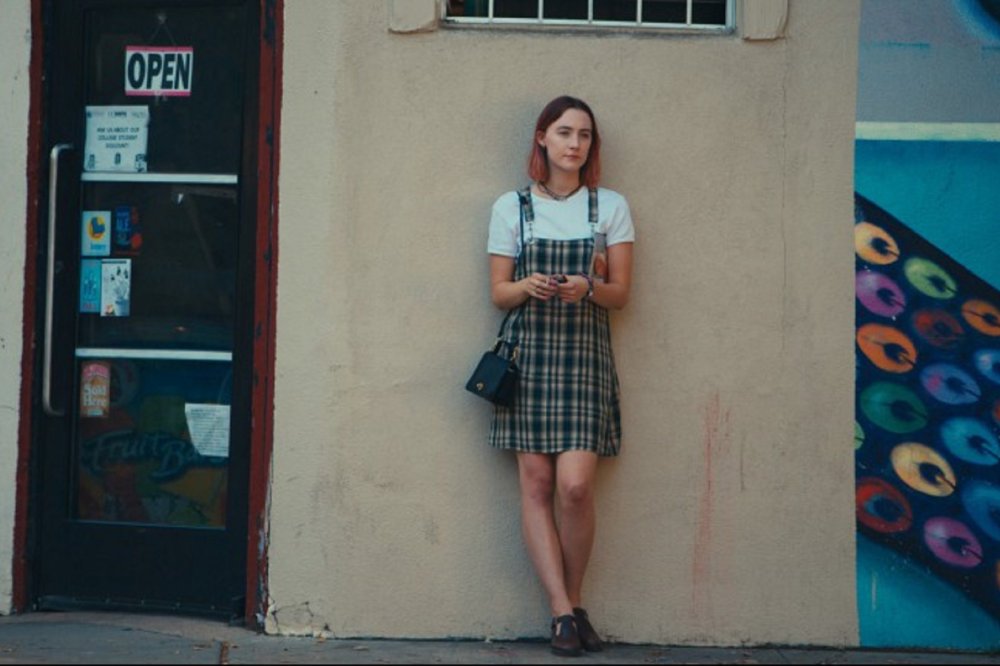 A laugh a minute coming of age movie with a huge heart, and the line “I’m like Keith Richards, I’m just happy to be anywhere!” is always going to be a winner in my eyes. Saoirse Ronan owns the show as the determinedly “anarchic” titular character, Lady Bird. A uniquely individual film for a unique individual.

4) The Shape of Water 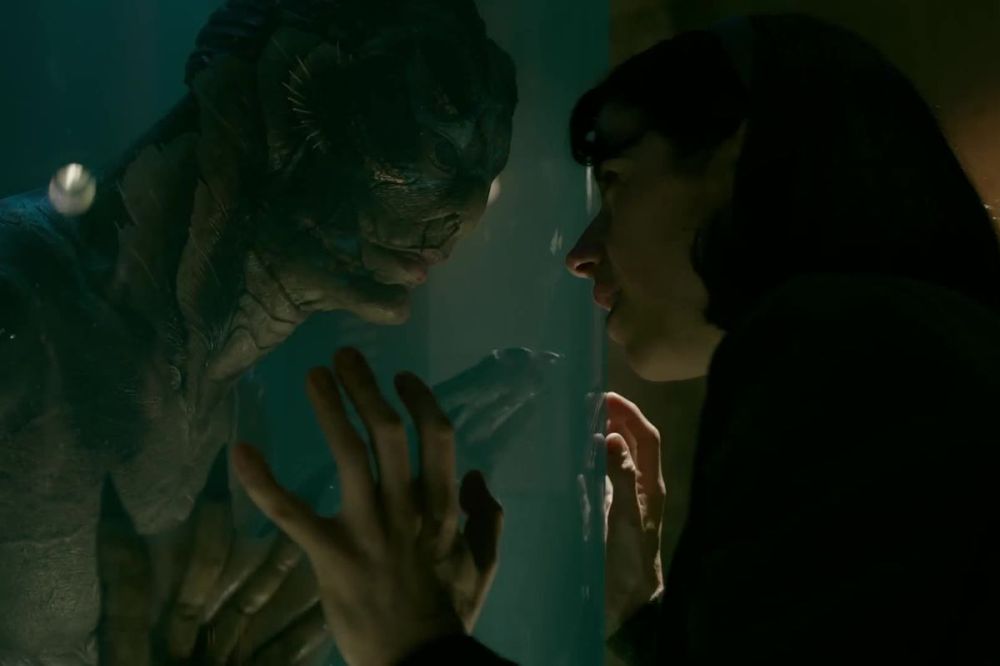 This year’s Oscar big-hitter and Guillermo del Toro’s second best movie yet (the first being Pan’s Labyrinth, of course), The Shape of Water is an utterly charming tale of love and friendship, and a visual beast to boot. It’s as beautiful as they come, the level of craft in the cinematography, as well as in the costume, production and creature design is unrivalled. If that’s not doing it for you, there’s always the weird fish sex as well.

3) Spider-Man: Into the Spider-Verse 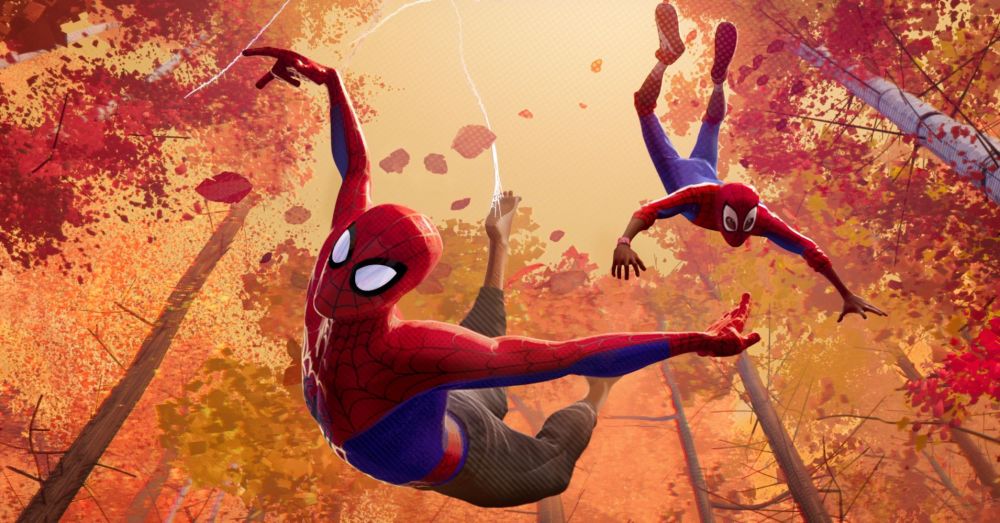 Yes, it’s another Spider-Man origin story, but one fresher, more creative and just straight up better executed than it has any right to be. Just in how well balanced the film is alone there’s enough to be impressed with, new versions of Spidey introduced at a rate of knots, coming up against a procession of villains, each getting their moment to shine. And then there are the visuals, a new blend of traditional hand-drawn and modern computer generated animation used to rip the pages straight out of a comic book and put them on the big screen. Mighty! 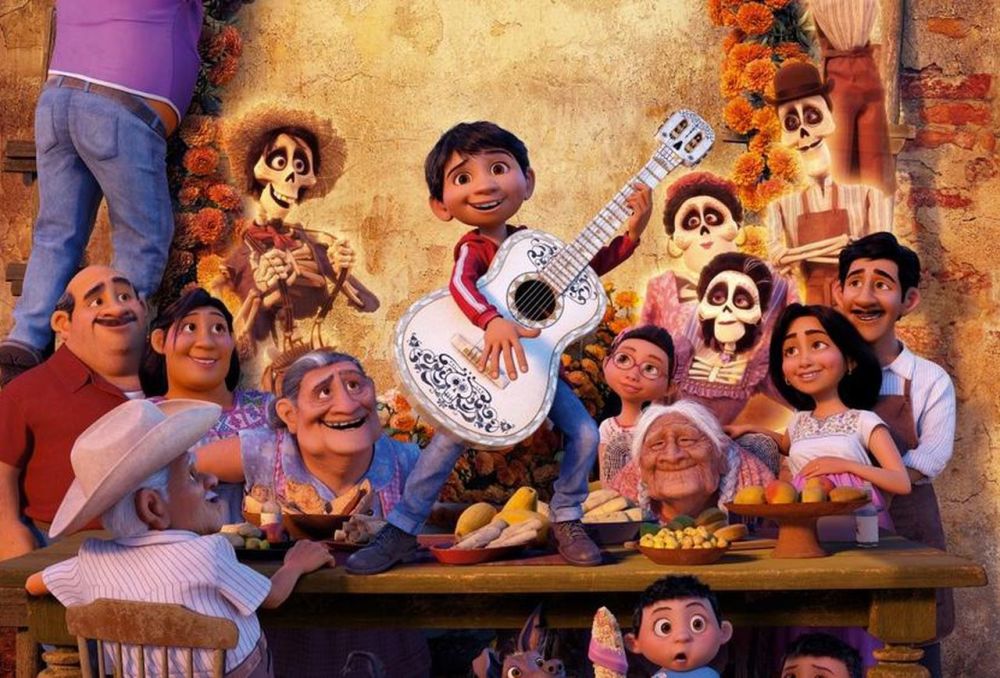 No film has made me sob this year like Coco. Its final moments are pure gold, perfectly encapsulating all that Pixar do so effectively. It wraps up humour and heart into a wonderfully realised world with a rewardingly emotional climax. One of the great animation studio’s finest efforts to date, and that puts it amongst some rather incredible company. 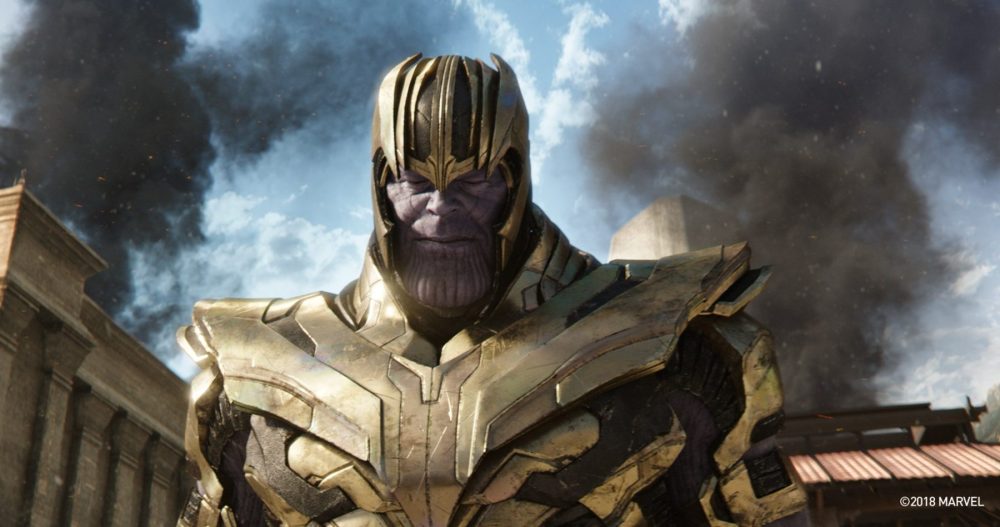 For the nineteenth entry into the Marvel Cinematic Universe, it was go big or go home time. Directors Anthony and Joe Russo went HUGE. A relentless ride from the off, Infinity War crams all of its heroes (barring two notable absences) into two and a half hours of unbridled carnage at the hands of the Mad Titan. It’s a film that demands repeat viewings, if only to spend just a little bit more time with the Avengers before they get turned to dust…oof, right in the feels. Damn you, Thanos!!

Agree? Disagree? Let me know in the comments below!